The Fokker 100 Dominance In Western Australia 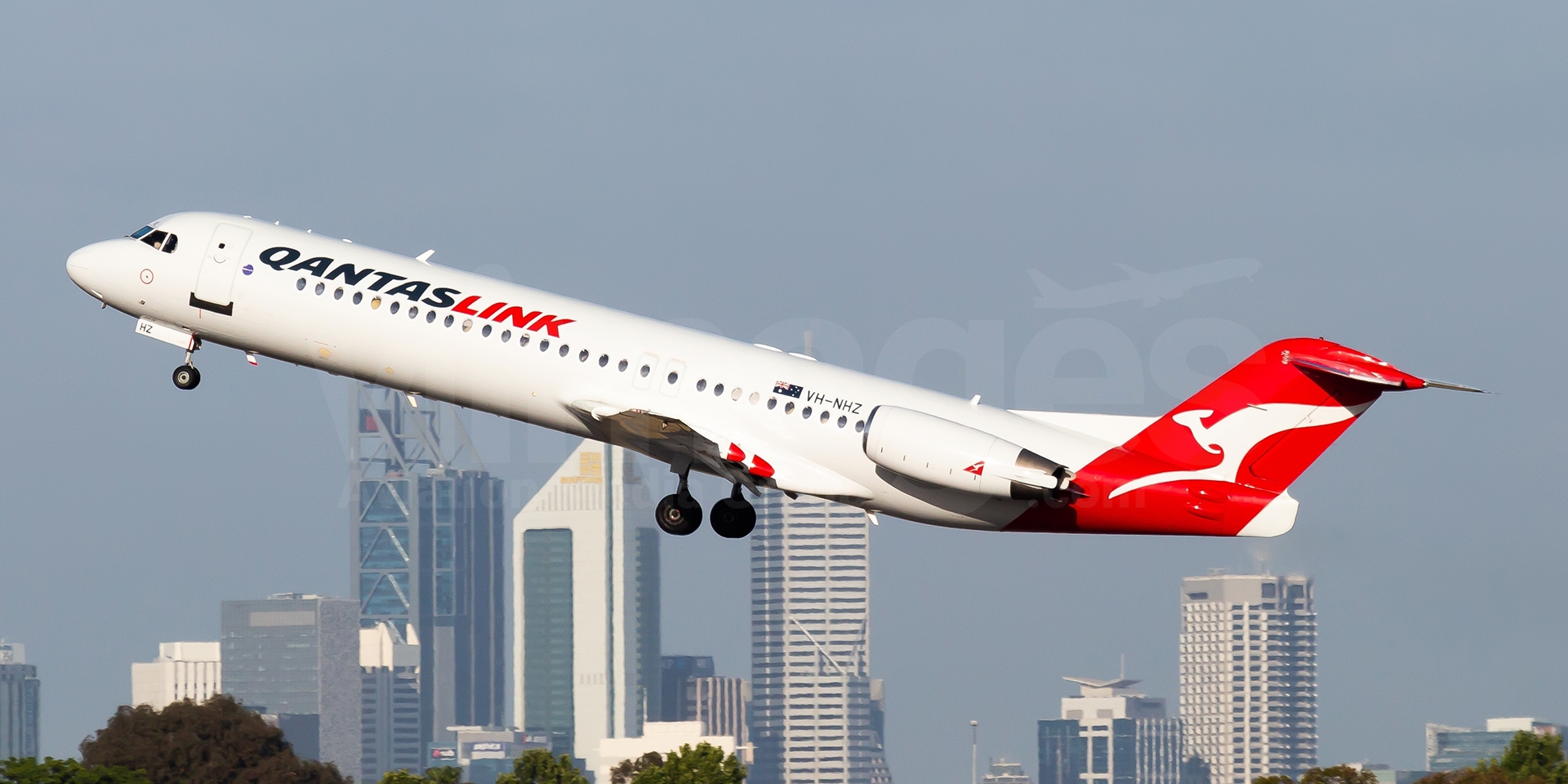 Perth, Australia, 24 October 2021 – The Fokker 100, a Dutch workhorse from the 1980s with a seating capacity of 109 seats. The aircraft is powered by two Rolls-Royce Tay turbofan engines allowing a range of 1,400 nautical miles. Out of the 283 built, less than 110 are still in operation with 69% of those operated in Australia – of those 57% operate in Western Australia.

The Fokker 100 has become renowned for its reliability and structural durability, operated on narrow, short mine site runways, often in hot temperatures. Their range, seating capacity and ability on remote mine’s made them ideal for ‘Fly in Fly Out’ operations in Western Australia. Operating mostly chartered mining routes and short regional routes, the Fokker 100 is a workhorse for regional airlines flying up to six sectors a day.

Operating the largest Fokker 100 fleet in the world is Alliance Airlines with 24 Fokker 100s in operation around Australia, along with 14 Fokker 70s. Their main base is Brisbane, operating both variants of the Fokker. The second biggest base for the Alliance Fokker fleet is in Perth, with 10-12 Fokker 100s and two Fokker 70s based in Western Australia at any one time. All the Alliance Fokker flights are operated as charters to ferry miners to and from mine sites within Western Australia.

The second-largest operator of the Fokker 100 in the world, based out of Perth is QantasLink. They currently operate 18 Fokker 100s, flying both charters and regular public transport (RPT) flights. Their charters are mostly flights to the Pilbarra, transporting miners to and from mine sites. On top of these mining charters, QantasLink also operates RPT flights which are scheduled flights available to the public. These include short domestic flights, no longer than three hours within Western Australia. Popular RPT flights for QantasLink F100s include Geraldton, Kalgoorlie, Learmonth and Broome.

Virgin Australia Regional Airlines (VARA) are also a big operator of the Fokker, operating 11 Fokker 100s out of Perth. VARA flies its Fokker 100s regionally within Western Australia, operating to places such as Port Hedland, Boolgeeda, Busselton and West Angelas. Their operations with the Fokker 100, like QantasLink, is a mix of both RPT and mining charters.

Skippers are another airline that operates the Fokker 100 out of Perth. However, their Fokker 100 fleet of two is dwarfed by the larger operators – Alliance, QantasLink and VARA. Skipper’s Fokker 100 operations are purely charter and FIFO mining services, mostly operating to Laverton, Leonora and Ravensthorpe.

The future of the Fokker 100

Alliance Airlines are a big advocate for extending the life of these ageing Dutch jets. Over the past few years, Alliance has been busy scooping up Fokker 100s from Europe. This included the purchase of 21 Fokker 100s from Austrian Airlines six years ago.  Whilst some of these airframes have been put into service, most of their recent purchases have been stripped down for parts. However, it is thought that Alliance may be speeding up the retirement of their Fokker fleet with their latest purchase of 30 Embraer 190s. These aircraft came from Panamanian based airline, Copa Airlines (14 aircraft) and 16 aircraft from US-based aviation consultants, Jetran LLC. Combined, this deal will cost Alliance Airlines close to 200 million AUD. Despite their multi-million dollar Embraer 190 deal, Alliance Airlines managing director, Scott McMillan stated “our Fokker fleet remains the core of our fleet, and we believe it will remain in service for many years to come, especially given our significant spare parts and inventory stores.” He also said that the Embraer deal was due to “limited Fokker aircraft acquisition opportunities” with now being “the time to acquire new aircraft in order to position for [their] next growth phase.” This indicates that Alliance Airlines plan to delay the retirement of the Fokker 100 fleet and see them operating for at least another five years.

QantasLink is another regional airline that still sees a future for their Fokker fleet, purchasing multiple second-hand Fokker 100s from European carriers. With a similar fleet plan to Alliance, QantasLink has bought some Fokker 100s purely for parts, whilst others have joined their growing Fokker 100 fleet. QantasLink’s second hand Fokker 100s have come from airlines including Austrian (Tyrolean) Airlines, Avianca Brasil and Air Berlin (Germania).

Where the future of the Fokker 100 is not so bright is with VARA. Over the past year, they have begun reducing the size of their Fokker 100 fleet, having already retired three of the type. Both VH-FZH and VH-FNN departed to Seletar, Singapore whilst VH-FZO departed to Avalon, Australia to be scrapped.

In summary, the Fokker 100 is still going strong Down Under and has the potential to remain the backbone of intrastate operations for at least the next few years. The two major players, Alliance and QantasLink, have not only been building up their Fokker 100 fleets but have also been stocking up on spare parts for the type as they plan to get as many hours out of the Fokker 100 as possible.

An aviation photographer and student pilot from Perth, Australia working on the ramp as a loading supervisor