You are here:
Business AviationLatest News 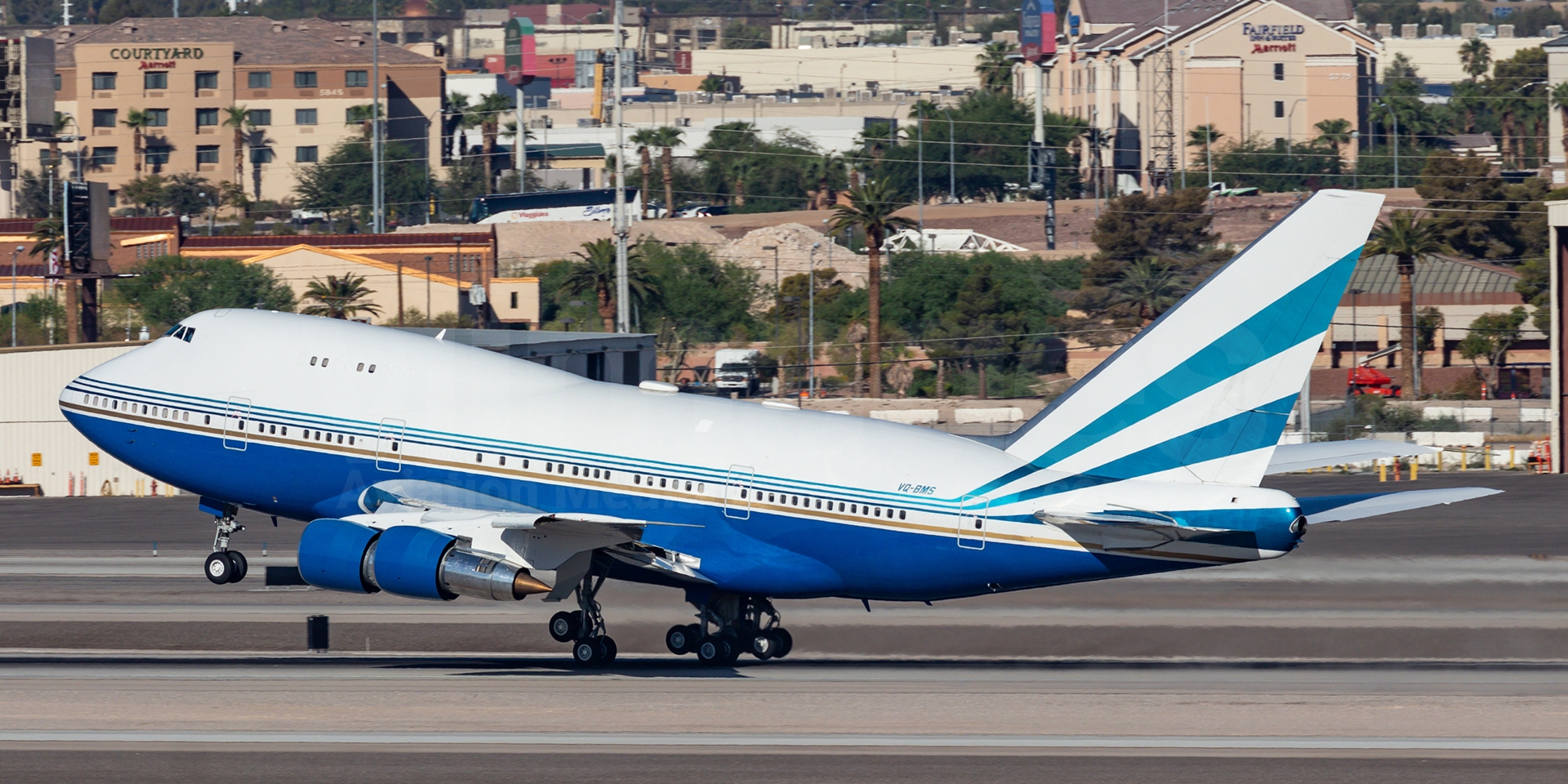 The incident is said to have taken place on 27th August 2020 as Hurricane Laura, declared a Category 4 major hurricane, hit the mainland United States. The hurricane is estimated to have caused 77 fatalities throughout the Caribbean and United States as well as causing up to $14.1 billion in damages. Recorded windspeed was high enough to mark Hurricane Laura the tenth-strongest U.S. hurricane landfall by windspeed on record with sustained wind speeds of 150mph over a 1 minute period.

The images posted show extensive damage to the aircraft wings where it hit the hangar walls, as well as major damage to the nose just above the landing gear where the airframe came into contact with another aircraft. We cannot confirm what the other aircraft was at this time.

Las Vegas Sands Boeing 747SP (presumably VP-BMS, built 1979) was critically damaged in a hangar collision with another aircraft while undergoing maintenance at Marana Airport, AZ, USA. The acft is likely to be a total loss. @OnAviation https://t.co/Nc5XjjFnKC pic.twitter.com/RGkEwDaBTy

Considering the catastrophic damage, and the age of the aircraft it is hard to see the airframe been repaired and may end up as a total loss/writeoff.