What aircraft are stored at Teruel Airport? 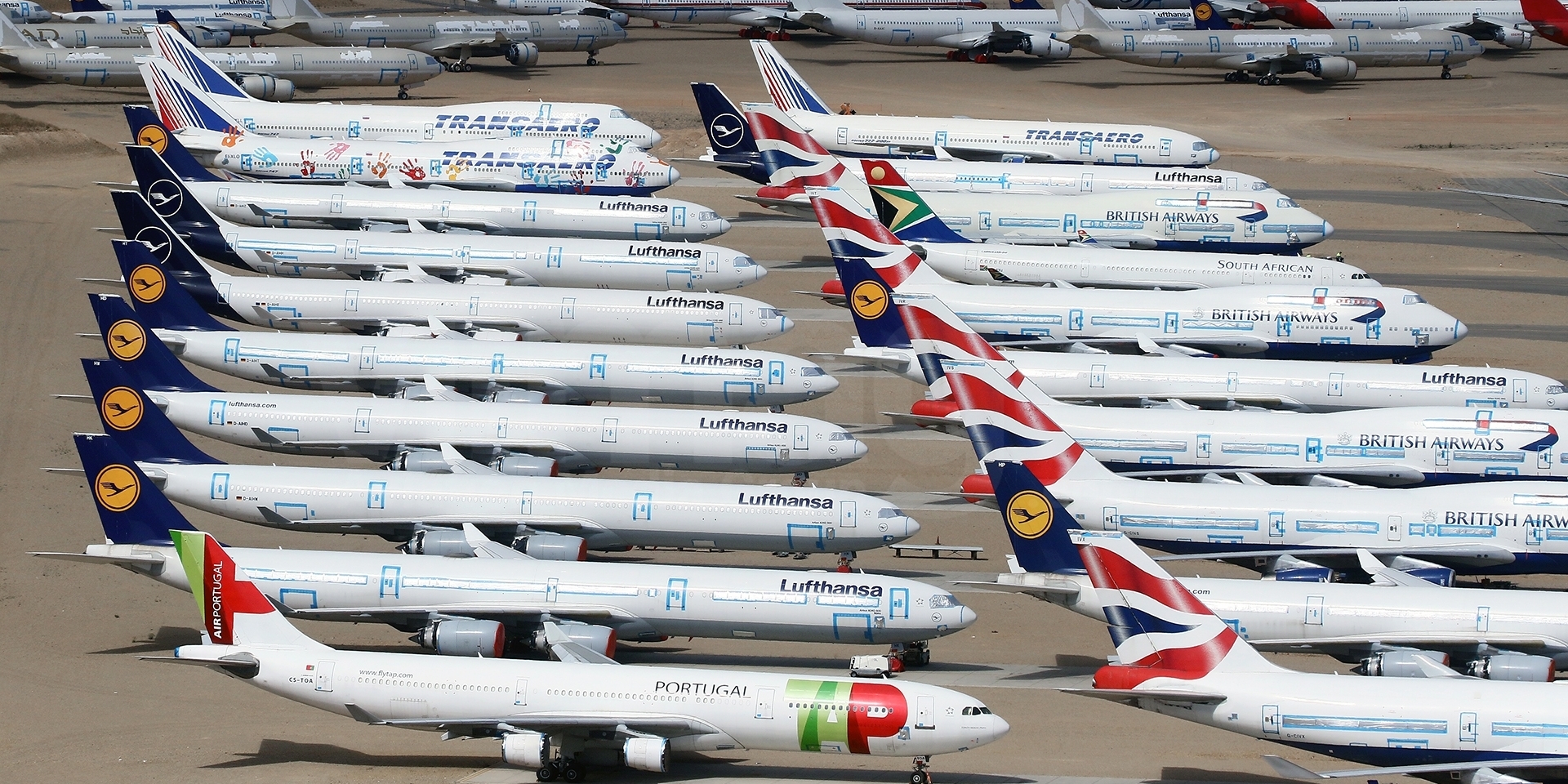 Teruel, 24 October 2020 – Teruel Airport in Spain has seen a large number of aircraft arrive since March 2020 as the COVID-19 crisis hit airlines hard leading to early fleet retirements or aircraft entering long term storage. Its dry climate makes it the perfect location to keep aircraft for long periods of time. So what aircraft are stored at Teruel Airport? What are the aircraft histories? How and why did they end up here?

A single airline aircraft, PH-BFI was built at the Boeing Everett site and made its first flight on 11/04/1991 and was assigned MSN 25086 by Boeing. KLM Royal Dutch Airlines took delivery of the airframe on 05/05/1991 and assigned it the name “City of Jakarta”.

PH-BFI flew with KLM unit retirement in December 2019 where it was flown into Teruel for breaking up and scrapping.

While a much newer airframe compared to many other aircraft at Teruel this has quite a history already. Assigned to be delivered to LATAM Airlines Brasil its first flight took place on 17/07/2018. The order was ‘NTU’ (not taken up) so delivery of the aircraft was transferred to Chinese carrier Hainan Airlines on 24/01/2019. Less than 10 months into its service life with Hainan returned the aircraft to its lessor and the aircraft was placed into storage in October 2019.

This Airbus A340-600 made its first flight on 04/05/2004, with delivery to Lufthansa taking place on 28/05/2004 and named ‘Saarbrücken’. Registered as D-AIHL the aircraft saw almost exclusive operation out of Munich Airport.

Another victim of the COVID-19 pandemic D-AIHL was flown from Munich to Teruel on 19/05/2020 and is now kept in a state which it could be reactivated in the event of an “unexpectedly rapid market recovery”.

Almost identical to PH-BFI, a single airline aircraft, PH-BFH was built at the Boeing Everett site and made its first flight on 30/03/1990 and was assigned MSN 24518 by Boeing. KLM Royal Dutch Airlines took delivery of the airframe on 26/04/1990 and assigned it the name “City of Hong Kong”.

PH-BFH flew with KLM unit its retirement in March 2020 where it was flown into Teruel for breaking up and scrapping.

August 2004 saw the aircraft receive the Star Alliance billboard-style livery which it kept until retirement from the Singapore Airlines fleet in May 2012.

July 2012 saw the aircraft delivered to a new operator in the form of Russian carrier Transaero Airlines, who took delivery of the airframe on 09/07/2012. In 2015 the aircraft received the infamous “Caring for Tigers together” nose art which can still be seen in the image above. The airframe was withdrawn from use on the 24/08/2015 and ferried to Teruel Airport on 25/08/2015, the same day Transaero Airlines ceased operations. The ferry flight evidently was the last flight the aircraft ever made.

The largest passenger aircraft in the world, the Airbus A380, has taken a particularly heavy blow during the COVID-19 pandemic. Sadly only a handful of the type is still in active service around the world.

Air France was one carrier who has already decided the aircraft types fate with a complete withdrawal from the fleet. While Lufthansa has opted to keep the aircraft in storage, ready to return to service in a similar situation to the Airbus A340-600’s mentioned above. However, judging by the current ebb and flow of the virus and restrictions it needs on travel this may be highly unlikely to happen in the immediate future.

Iberia had at one point operated 18 total Airbus A340-600’s. Yet just like the A380’s of Air France, Iberia recently opted to withdraw the type from their fleet completely in light of the pandemic and demand for air travel at an all-time low.

The final image of this piece shows the striking number of aircraft in total stored at Teruel Airport in Spain. Overall there are around 110 aircraft in this shot, and this number has more than likely increased in the month since it was taken. Some aircraft will certainly fly again, while some have already made their last flight.