What aircraft are stored at Kemble? 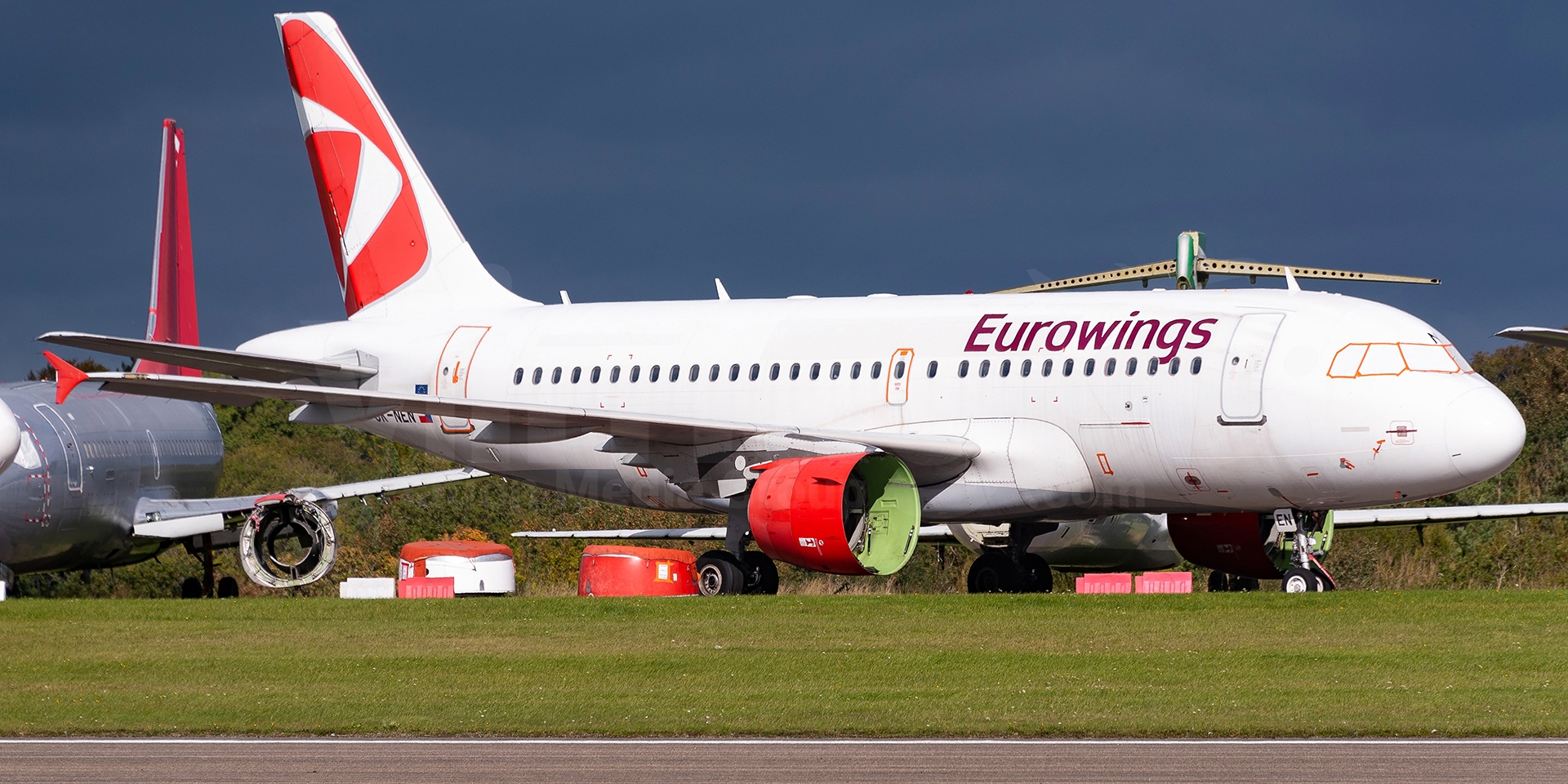 Kemble, 11 October 2020 – Costwold Airport, formerly Kemble Airfield, is synonymous with aircraft scrapping as the operating base of Air Salvage International. Air Salvage International, in particular, describe themselves as Europe’s leading aircraft decommissioning company. So what aircraft are stored at Kemble? What are the aircraft histories? How and why did they end up here? Why does it have the nickname the ‘Boeing 747 Graveyard’?

A single airline aircraft, G-CIVB was built at the Boeing Everett site and made its first flight on 03/02/1994. Painted in the ‘Landor’ scheme it was assigned MSN 25811 by Boeing. British Airways took delivery of the airframe on 15/02/1994 and assigned it the name “City of Litchfield”.

On 26/12/1999 G-CIVB was repainted in the Chelsea Rose World Images livery however this was short-lived as by 21/07/2003 it had been painted in the then-new Union Flag livery that British Airways use today.

Finally on 21/03/2019 G-CIVB was repainted and unveiled in the Negus livery as the final of the four special liveries for the BA100 celebrations. The last CAA data on hours flown show the airframe to have covered 117,600 flying hours as of the 20/01/2020.

This airframe operated for two airlines during its lifetime, starting life as N188UA, the aircraft was built at the Boeing Everett site and made its first flight on 23/10/1992. Painted in the United Airlines ‘Saul Bass Tulip’ scheme it was assigned MSN 26877 by Boeing. United Airlines took delivery of the airframe on 04/12/1992.

In May 2013 the airframe was re-painted into its final Corsair livery as seen in the image above.

This aircraft is another single airline aircraft, PH-BFG was built at the Boeing Everett site and made its first flight on 23/03/1990 assigned MSN 24517 by Boeing. KLM – Royal Dutch Airlines took delivery of the airframe on 11/04/1990 and assigned it the name “City of Guayaquil”.

Around February 2008 the aircraft was re-painted in the current KLM – Royal Dutch Airlines scheme which it retained until it was withdrawn from use and ferried to Kemble on 08/12/2019.

While Air Atlanta Icelandic is now the registered owner of the aircraft this is purely for parting our purposes for their own fleet and sadly MSN 24517 will never fly again.

The aircraft departed the ANA fleet in March 2008 and was destined to join the Oasis Hong Kong fleet as B-LFE, however, the aircraft was not taken by the carrier and was temporarily stored at Kuala Lumpur Sultan Abdul Aziz Shah Airport (SZB/WMSA) between July 2008 and February 2012.

Air Atlanta Icelandic acquired the aircraft and took delivery in July 2012, painted in the Saudi Arabian Airlines scheme which it retained all the way until retirement in May 2020. On 11th May 2020, the aircraft made its final flight into Kemble from Liege, Belgium.

This airframe, assigned MSN 22359 by Boeing, made its first flight on 14/08/1980 and was configured originally for Kuwait Airways. Later in its life on 18/02/1989 the aircraft moved to operate for the Government of Kuwait in a VIP layout where it operated until 30/03/2000 and sold to Al Futtooh Investment Corp.

On 05/04/2012 the aircraft ferried to Kemble where it has been stored since, avoiding the scrap man so far and kept in operational condition with regular engine runs.

This airframe has quite a pottered past of various operators and owners. It started life as S/N 1909 making its first flight on 21/11/2002. The first airline to operate the aircraft was Volare Airlines and it was registered I-PEKT with delivery taking place on 20/06/2003.

Sadly by 19/11/04 Volare Airlines had ceased operations. However, after only a short period of storage, it was delivered to THY Turkish Airlines on 13/04/2005 where the aircraft operated for 10 years as TC-JLK.

On 28/04/2015 the aircraft was leased to Aegean Airlines from THY Turkish Airlines and re-registered SX-DGW.

Lease specialist Avion Express acquired the aircraft on 24/05/2018 where over the years the aircraft operated for Sky Angkor Airlines as XU-717 and Condor, Norwegian Air Shuttle and Sun Express as LY-NVY.

Its final flight took place as it positioned from Châteauroux in France to Kemble on 07/07/2020.

This airframe started life in Hamburg Finkenwerder Airport as S/N 1668 making its first flight on 15/04/2002. Destined for Air Canada it was registered C-GJTC and delivered on 25/04/2002.

On 26/04/2006 the aircraft moved to India and was operated by Indian Airlines as VT-SCD, before becoming absorbed into Air India’s fleet on 24/08/2007 due to the merger of the two airlines.

In February 2014 Air India returned the aircraft to the lessor, and after a few months of maintenance and configuration was ready to go again, this time delivered to TAP – Air Portugal on 22/07/2014. After 6 years of service, it took its final flight on 23/06/2020 ferrying into Kemble from Lisbon, Portugal.

This airframe was owned by only one airline during its lifetime and operated for two. It’s Airbus S/N was 3436 and made its first flight from Hamburg Finkenwerder Airport on 05/03/2008. Delivery to Czech Airlines (CSA) took place on 17/03/2008.

Czech Airlines (CSA) leased the aircraft to Eurowings twice, the first time in December 2017 and the second between December 2018 and January 2020. Retirement and the airframes withdrawal from service took place in March 2020, when it ferried from Dresden to Kemble.

This particular airframe was built in Toulouse, France as S/N 3618, with its first flight taking place on 08/09/2008. Delivery to Indian low-cost carrier was on 23/09/2008 and this is where the aircraft operated for its entire service life. On 25/06/2020 the aircraft was withdrawn from use by Indigo and ferried to Kemble for parting out and scrapping.

This airframe would seem very young to be scrapped at only 12.1 years old. However many factors can come into reason as to why an aircraft would become worth more in scrap than to sell on and operate again.

In this scenario, the total number of take-offs and landings (cycles) this airframe has performed could have constituted the main reason for such an early withdrawal from service.