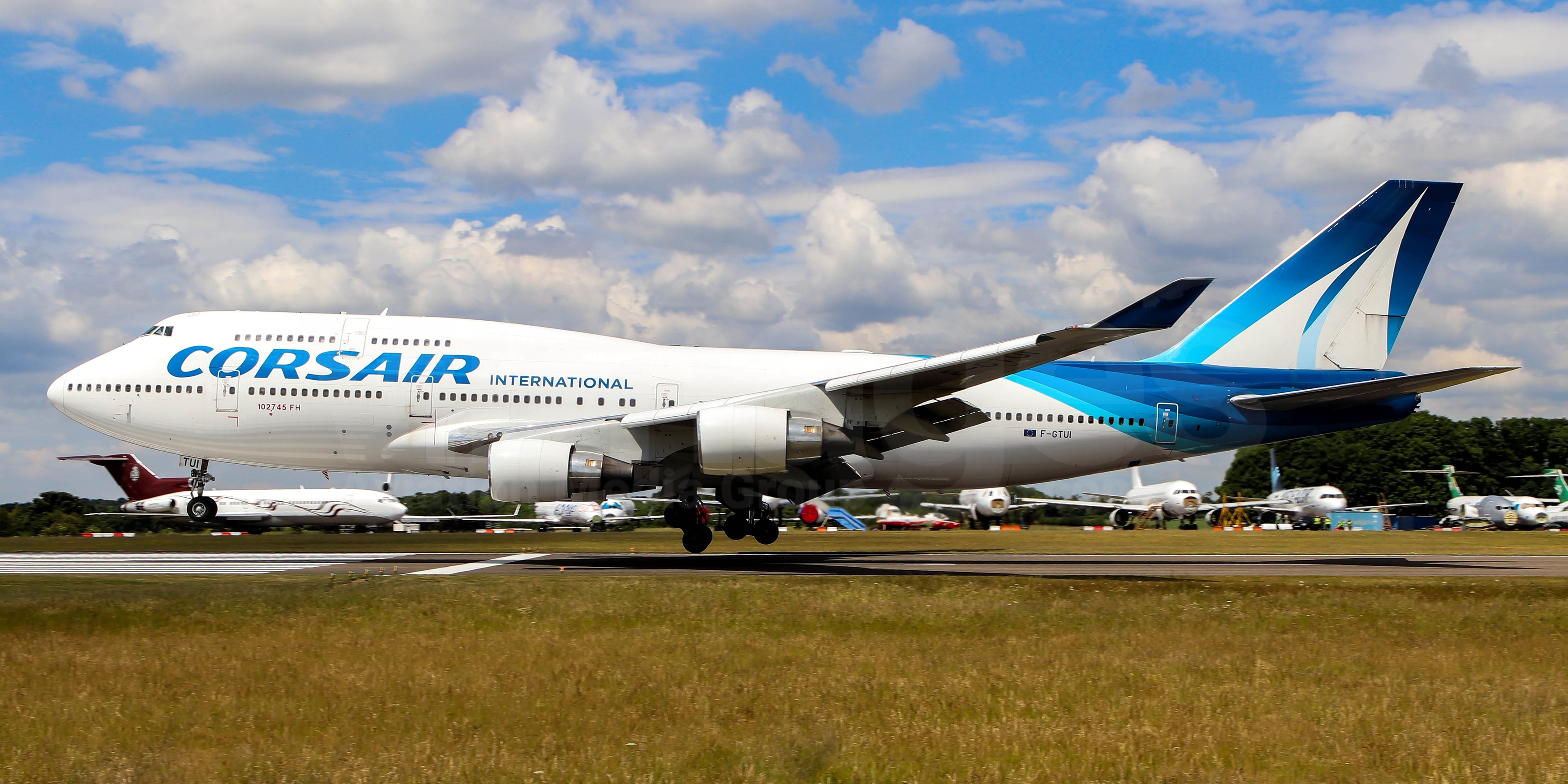 Kemble – 15 June 2020 – Corsair, France’s largest long-haul leisure airline, today officially ended Boeing 747 operations after 29 years by flying its sole remaining 747-400 from Paris Orly International Airport, France to Kemble Cotswolds Airport in the United Kingdom. The aircraft in question, F-GTUI, was rolled off the production line in 1992 as line number 931. Originally delivered to United Airlines in 1992 as N186UA it joined Corsair in April 2005 and saw stints operating Hajj charters for Garuda Indonesia, Indonesia’s flag carrier, before returning to Corsair in January of 2010 where it would diligently serve until its retirement. It now joins sister ships F-HSEA (Line Number 944) and F-HSUN (Line Number 984) to sit the remaining months of its existence as a metallic monument in the Cotswold countryside, with the added titles of its hours in the air “102,745 FH” as a reminder of it’s staggering 28-year history ferrying holidaymakers around the world, creating memories many people will never forget.

Corsair was the final Boeing 747 operator on the French register following Air France’s final 747 flights in January 2016. They have been operating the type since their launch in 1991 and have used every 747 sub-type other than the most recent iteration, the 747-8i. Whilst the company as a whole changed throughout the years, with multiple name changes and fleet adjustments – not to mention the ever-changing business strategies! The 747 was the flagship of Corsairs fleet even, at one time, carrying the classic TUI Group blue and white livery. Corsair’s decisions to bring forward the retirement of their 747 fleets by a year does mean that they will now have a fleet of only 4 aircraft (Three Airbus a330-300 and one Airbus a330-200 aircraft) until the 747’s replacement, the A330-900neo, arrives in 2021.

Following the COVID-19 crisis (and subsequent worldwide lockdowns) passenger demand dropped significantly as countries closed borders and airports shut up shop. Many airlines, including Corsair, decided to bring forward the phase-out of the “Queen of The Skies” citing fuel efficiency, declining passenger demand and aircraft being surplus to their requirements. Some airlines such as British Airways and Lufthansa decided to retire some of their 747 fleets and bring forward the retirement of the remaining few. Whilst KLM, Virgin Atlantic and Corsair decided to completely retire the type altogether, opting for the more fuel-efficient and environmentally friendly twin-engine, twin-aisle alternatives such as the Boeing 787 Dreamliner or the Airbus a350.