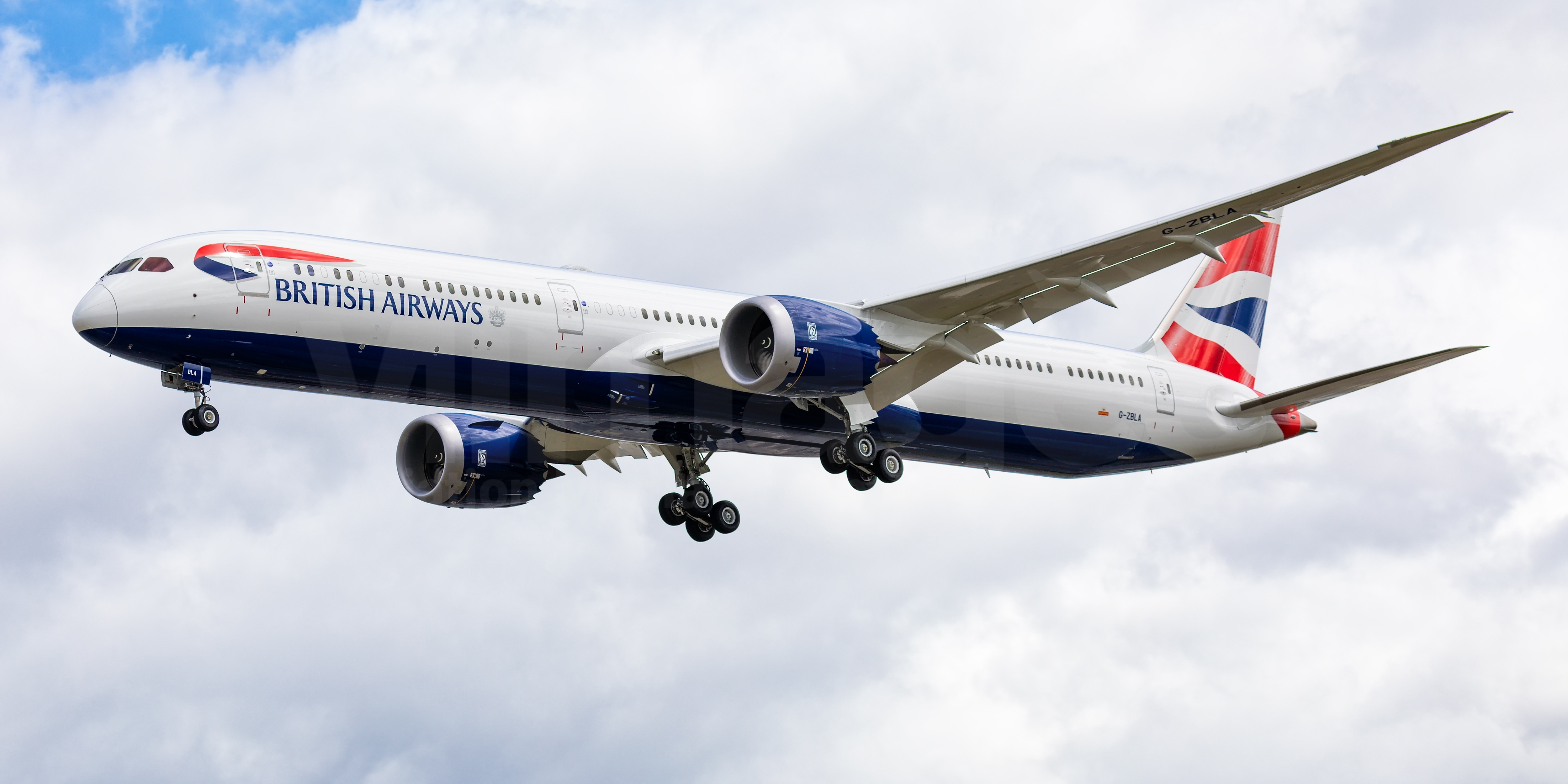 London, 28 June 2020 – British Airways took delivery of it’s first of twelve 787-10s which landed at the airline’s main base of operation shortly before midday today. Delivery of the first aircraft, G-ZBLA, had been delayed a number of times since it’s original delivery date pencilled in for January 2020. The aviation world has changed dramatically since then so one shouldn’t be surprised if the original route structure changes. Now that the aircraft has been delivered, it will undergo a pre-service input at British Airways’ maintenance centre at Heathrow before it is available for the operation. This usually takes a few days and ensures that the aircraft is ready to operate revenue services.

When G-ZBLA commences revenue service, British Airways will be operating all three of Boeing’s 787 variants, the -8, -9 and -10. At the time of writing, British Airways is one of only three worldwide operators with all three variants in service; ANA and United are the other two operators.

The 787-10 is manufactured in Charleston, North Carolina and not at Boeing’s usual assembly plant in Everett, Washington. The reason for this is that the -10 mid-fuselage sections are too big to transport to Everett. It is also the first Boeing airliner to be assembled there. Delivery of the -10 from Charleston presents operators with an interesting logistical exercise to get crews there, since there are limited international services to the city, unlike Seattle where the -8 and -9 are assembled.

Onto, the aircraft itself. The -10 is the largest of the three variants, around 12m (40ft) longer than the -8 and about 5m (18ft) longer than the -9. It has the same fuel capacity as the -9 but since it is heavier, it does not have the same range. The -10’s greater payload makes it a very useful aircraft to use on routes shared with British Airways’ 777-200ER fleet since they have similar seating capacities. Unlike the -8, British Airways will operate the aircraft with a First Class cabin just as it does with it’s -9 fleet.

In simple terms, the -10 is essentially a bigger and improved version of the -9 as it shares many of the shorter aircraft’s main features. One main difference, although it won’t be noticeable to customers, is the maximum cruise altitude of 41,100ft instead of 43,100ft. From a pilot’s perspective, it’s fly-by-wire system ensures that it handles much the same as its smaller variants so once the aircraft is airborne, the operation is exactly the same. The most noticeable differences for pilots will actually be during ground operations caused by the longer fuselage. Their sitting position will be 20ft further forward than on the -8 and 10ft on the -9. To get a sense of this, it’ll be equivalent of sitting an average car length further forward than on the -9 and much further than the -8. The 787 has had every part of its operating envelope designed for maximum efficiency and this is no different from the -10. This includes making full use of tried and tested features from other Boeing types.

The 787 is a very comfortable aircraft to fly in regardless of whether you are a customer or operating crew due to its lower cruise cabin altitude. It’ll be a great pleasure to see the rest of the aircraft on order arrive in due course. In the meantime, it’s a joy to see the latest variant of the British Airways 787 fleet finally arriving, wishing it a successful operation and hoping that it’s customers enjoy it too.

I've had a passion for aviation from a very young age. I grew up flying on classic Lockheed, McDonnell Douglas and Boeing jets whilst living in Latin America. A great time to start aviation photography. My life has been dedicated to aviation. I have a degree in Aeronautics and Astronautics and I've been flying for around two decades based in the UK. I spent 5 great years on the British Midland A319/320/321 fleet and 15 years flying the 777, 6 of which, also flying the 787. Outside flying you'll find me on an adventure, travelling, trying out new things and/or, doing plenty of outdoor activities.