You are here:
Aircraft ManufacturersLatest News 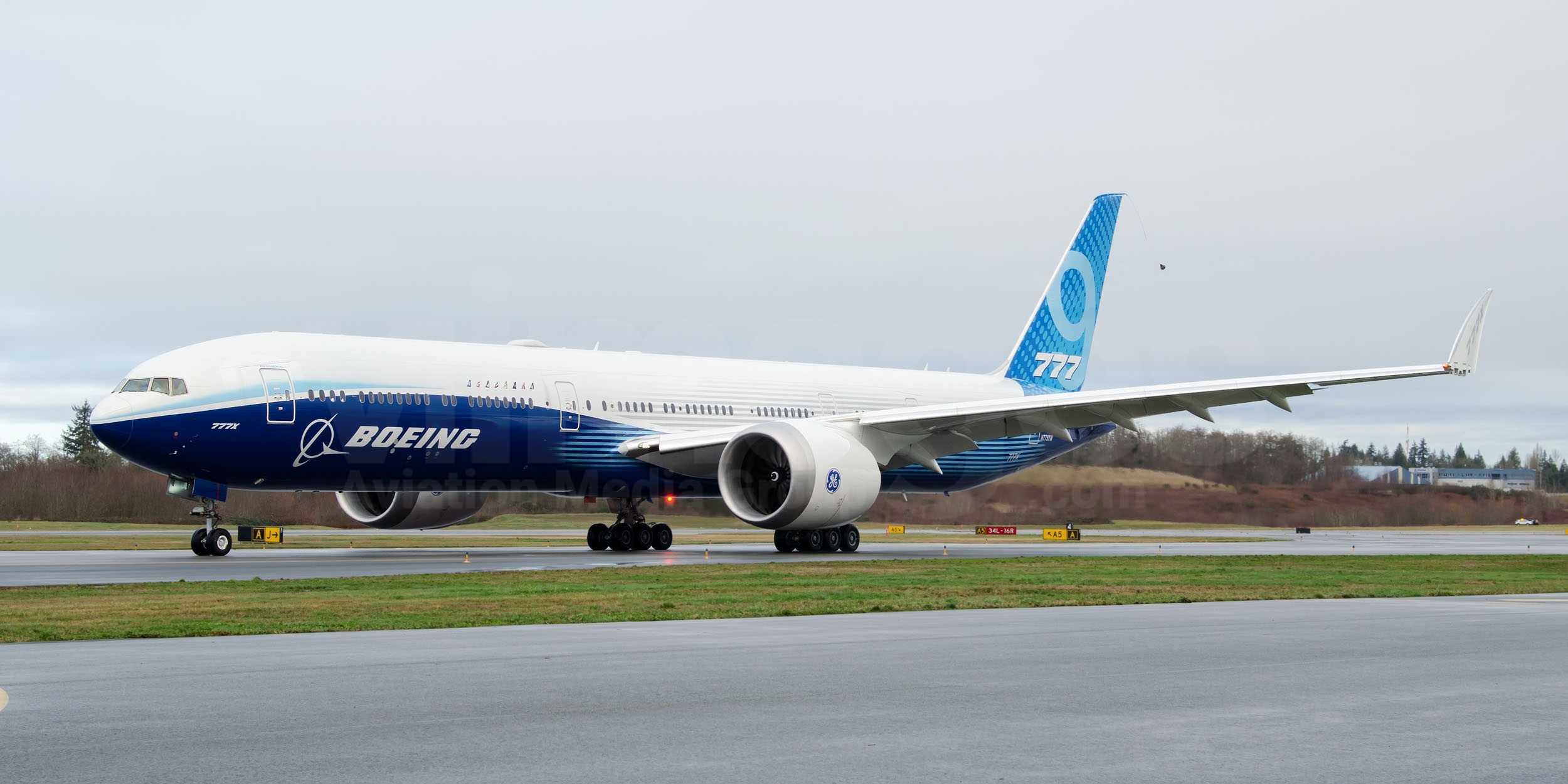 Boeing took a huge leap forward with their 777X project yesterday with the completion of the 777-9’s first flight.

Originally scheduled for Friday 24th January 2020, this was later postponed due to inclement weather. As the world waited in anticipation on Friday following live streams online, it was maybe no surprise to anybody watching that the weather would play a big part in how the day would pan out. After a while of waiting next to the threshold of runway 34L at Boeing’s Paine Field (KPAE/PAE) in Washington State, United States the flight was scrubbed and delayed.

The first flight was re-scheduled to 1000 on Saturday 25th January 2020, to which over 54,000 viewers tuned back in to watch what everybody hoped would be a successful flight this time around. This time at 1009 local time N779XW began to power down the runway and lifted into the sky successfully, entering low level cloud very quickly obscuring any further view of its maiden flight.

After just shy of 4 hours in the air the aircraft returned to land at Seattle Boeing Field (KBFI/BFI) in Washington State, United States. Watched again in anticipation by the audience of 54,000 online viewers live. Now the first flight is complete Boeing can focus on its certification process to get the aircraft ready to enter commercial service with its launch customer Emirates sometime in 2021.